Bitcoin & Q4 – Why Bitcoiners Love the End of the Year 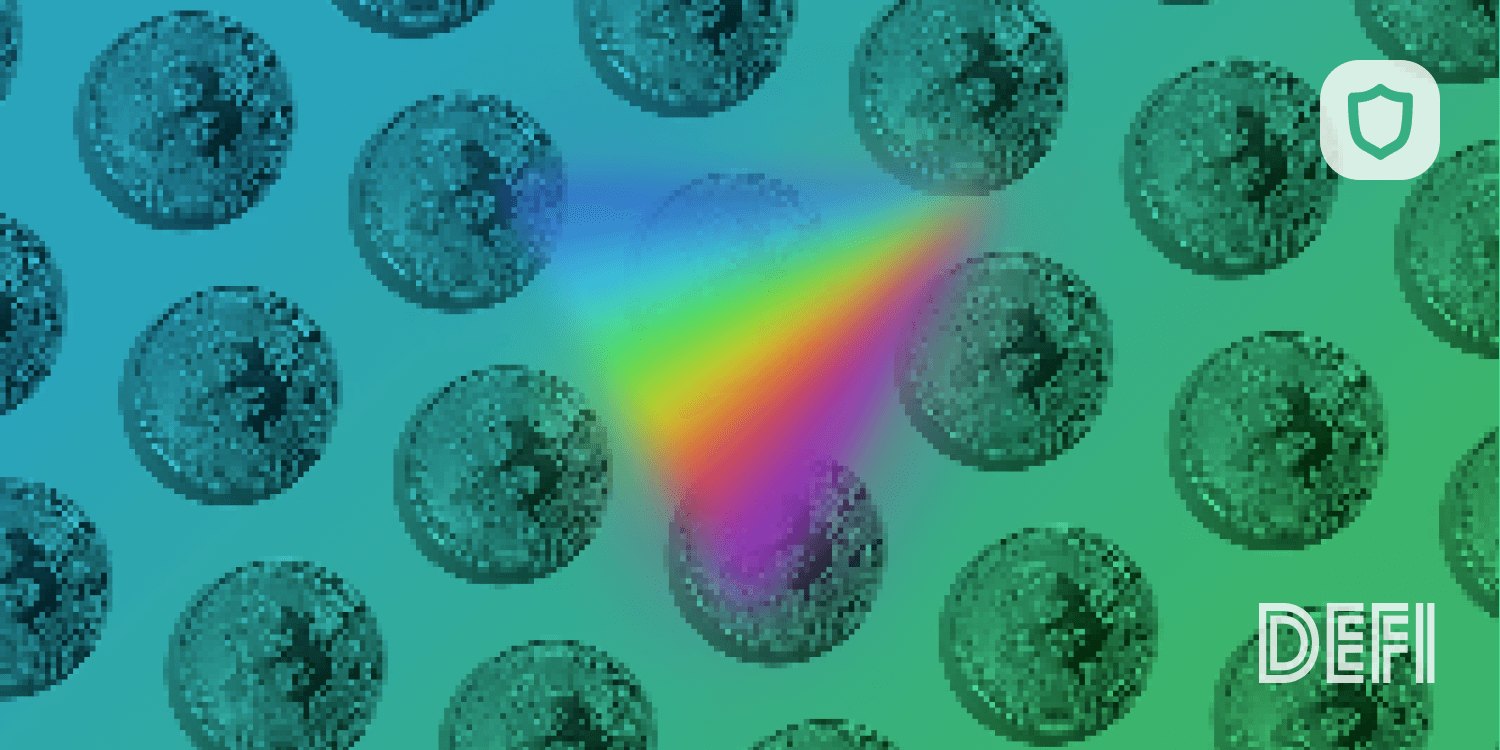 Year-end is usually a good time for Bitcoin HODLers.

Over the past decade, bitcoin has regularly rewarded HODLers with impressive gains in the fourth quarter. This year may not be different.

And with just the first few days in October seeing bitcoin’s price jump aggressively, we might need to buckle up for the ride.

Read on to learn about how the price of bitcoin has historically performed in the fourth quarter.

Historical Bitcoin Returns in Q4: Let’s Have a Look

In the table below, you can see how bitcoin has performed in each quarter since 2013. During six out of nine fourth quarters 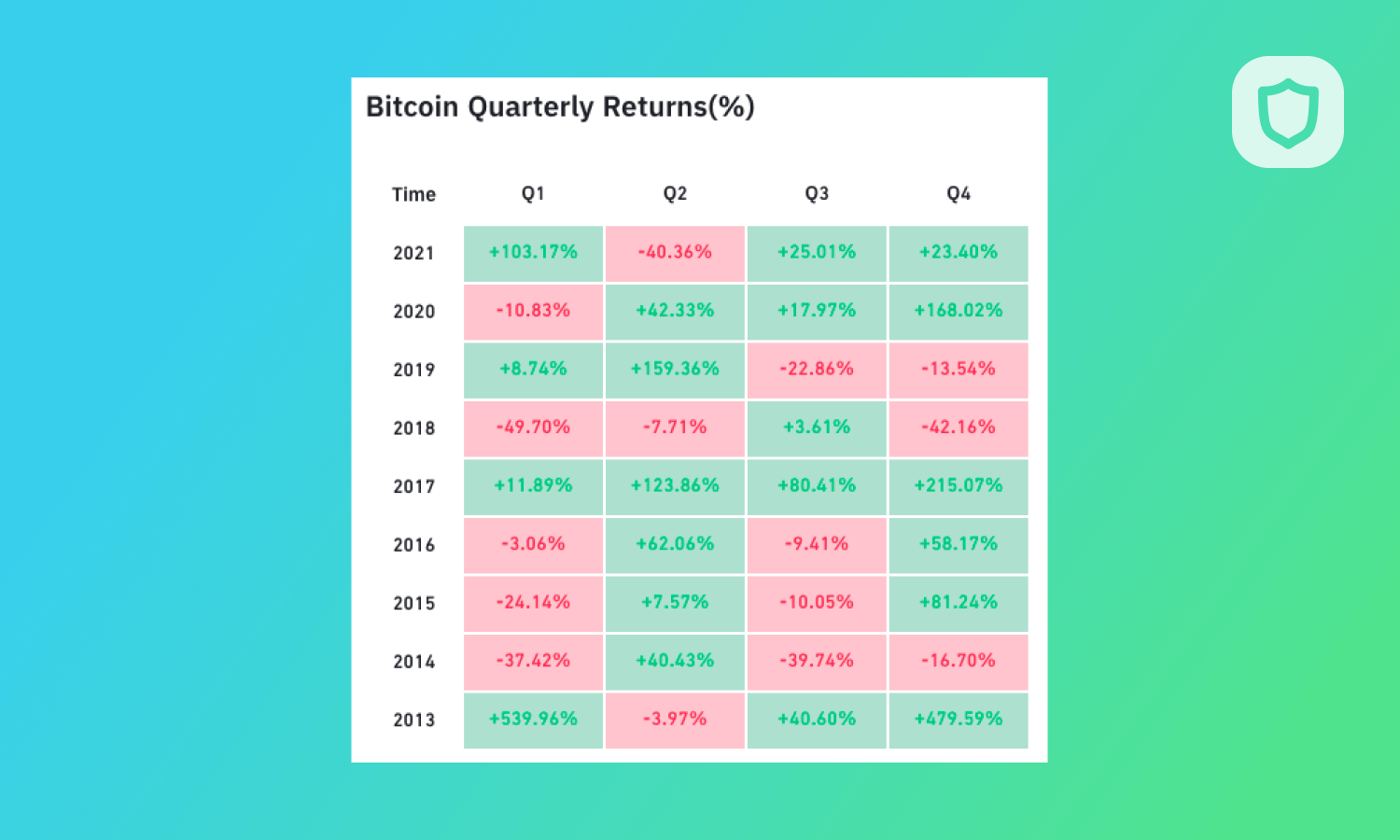 The highest bitcoin rally in Q4 that we have seen to date took place in 2013.

In early October 2013, bitcoin began a bull run when it started gaining the attention of Chinese investors. The demand for bitcoin was so high during the fourth quarter in China that it hit an all-time high of $1,242 per coin on November 29.

Interest later cooled off when China’s central bank barred all banks in China from conducting bitcoin transactions. But that didn’t stop bitcoin from gaining 479.59% in the Q4 of 2013.

The whole of 2014, including the fourth quarter, wasn’t great for Bitcoin investors. The price of one BTC declined 16.70% in Q4.

But there were some positives from this quarter: bitcoin increased in popularity and gained more acceptance as exchange activities reached a peak and daily transactions passed 100,000 in November.

While 2015 was looking to be another bad year for bitcoin, with the 2014 price dump spanning into the year. But then Q4 came around and bitcoin recovered the loss it made that year. A series of announcements pushed the price of bitcoin to almost double at year-end.

Some of these announcements included the Winklevoss brothers launching Gemini exchange, Digital Currency Group receiving funding from Bain and MasterCard, and funding announcements of other Bitcoin startups.

Another factor that drove the price rise was the increased awareness of the technology behind Bitcoin, the blockchain. Bitcoin moved 81.24% in Q4 to end the year on a positive note. But the Q4 magic just began.

2016 was another challenging year for bitcoin until the fourth quarter.

The competition was heating up with smart contract-powered blockchain networks, such as Ethereum, moving into the forefront and “blockchain” becoming a bigger movement.

In 2017, Bitcoin had an incredible year, rallying from $1,000 in January to over $20,000 in December, boosted by the hype around blockchain, altcoins, and ICOs.

In that year, many bitcoiners started to believe in a “Q4 magic,” considering the significant price increase that often occurs in the fourth quarter.

This was the worst year in the history of bitcoin in terms of price development as it lost almost all the price gain it recorded in Q4 of 2017. Q4 of 2018 saw bitcoin breaking a supposed bottom at $6,000 but eventually fell to a low of $3,747.

Bitcoin ended that quarter with a decrease of -42.16% as the expected Q4 magic didn’t kick in.

While bitcoin went on an upward trend in Q2 of 2019, the fourth quarter wasn’t encouraging — the price plummeted, and the quarter ended with bitcoin trading at $7,100.

The quarter ended with a -13.54% price decline leading many to believe the Q4 magic has finally ended.

In the early months of 2020, many asset classes, including bitcoin, plummeted due to the pandemic. But Q4 was approaching, and while some investors have lost trust in any Q4 magic, hardcore bitcoiners believed a bull run was about to begin.

In the fourth quarter, bitcoin outperformed stocks closing the quarter just below $30,000. The reason for this rise was the influx of institutional investors, recommendations from Wall Street, more merchants accepting bitcoin as a means of exchange, and the Bitcoin Halving that occurred in May 2020.

The Q4 magic, which seemed to have cooled off, was back again as the quarter ended with bitcoin recording a 168.02% gain.

We can’t say for sure if this fourth quarter will bless us with a bitcoin bull run but signs from the past few days indicate we may be in for a ride.

Nonetheless, the question lingers: Will the Q4 magic happen and make Bitcoiners smile again at the end of the fourth quarter?

Only time will tell.