Blockchain Governance. The Balance of Power 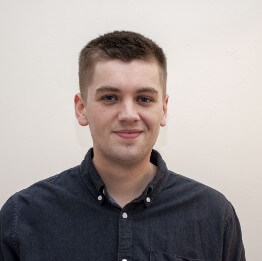 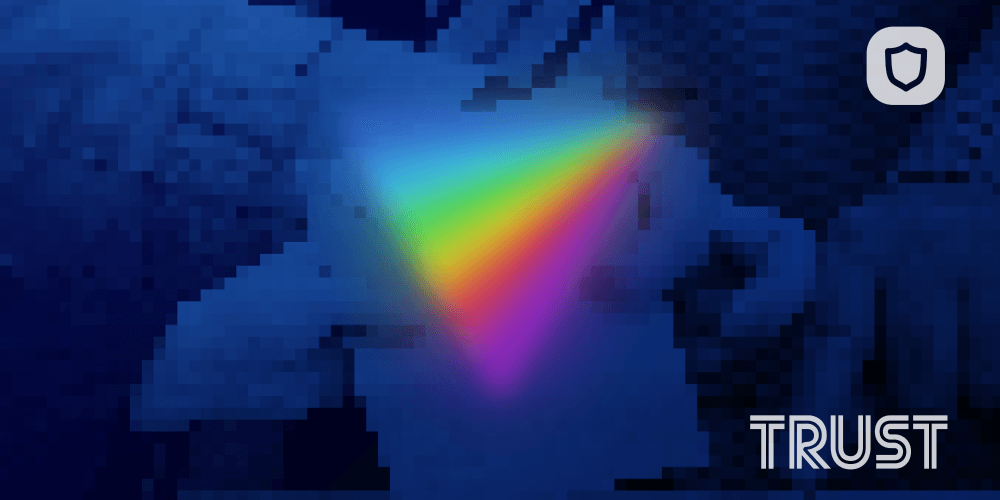 The word governance can bring to mind a lot of different concepts: democracy, rule, leaders, or participation to name just a few.

We all in fact deal with governance on a daily basis in our lives. It’s simply a way of coming to an agreement on the methods, structure, and rules of a certain system. It outlines the roles and power that each individual actor has.

When we apply this to blockchain technology and its core value of transparency, we find a whole number of different mechanisms for establishing governance.

If you’ve been following the Trust Wallet journey, you might even have seen some of the topics recently being raised in the community. In fact, there’s even been a fair few votes held too.

The first governance vote, proposed by the Trust Wallet team, asked the community whether they should integrate the Filecoin blockchain. It was, at the time, the largest vote to ever take place on the Snapshot platform with 685 votes cast.

A successful implementation was then followed through in line with the community’s decision. 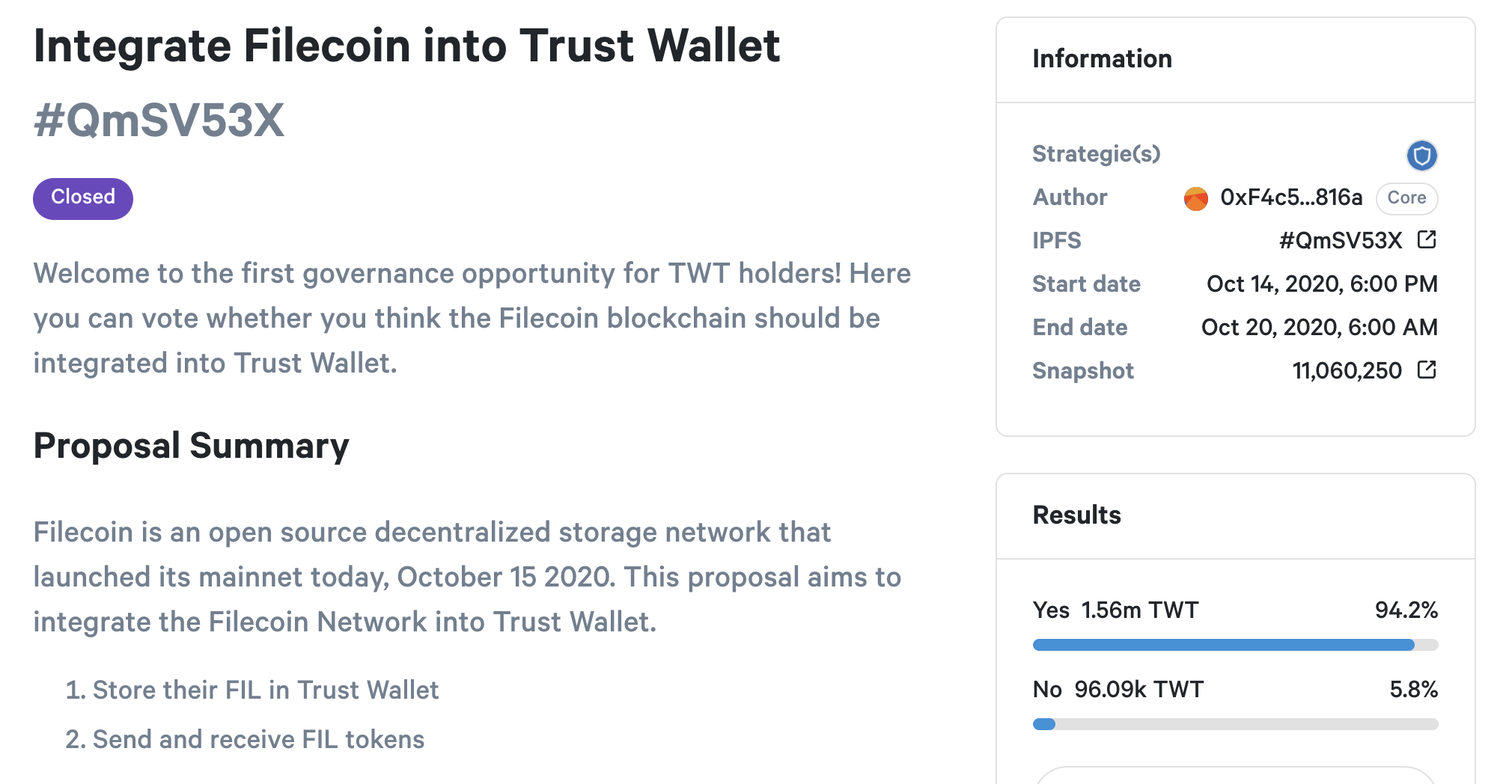 In this way, Trust Wallet’s governance system allows for decisions to be influenced by TWT token holders.

But this is just one way of doing it…

Blockchain governance systems can be traced right back to the governance of Bitcoin itself, which provides the base for many of the systems in use today.

To get to grips with the concept a bit more, let’s take a look at the Bitcoin network and the rules that all parties have to act by.

The blockchain network behind Bitcoin has no administrators, no support desk, and of course no CEO to make decisions on how the network is run.

So how does it make sure that everyone keeps to the rules and that decisions are made on what transactions are valid?

Luckily for all the HODLers out there, a set of distinct parameters are built into the original coding of the network that makes it almost impossible to break the rules. 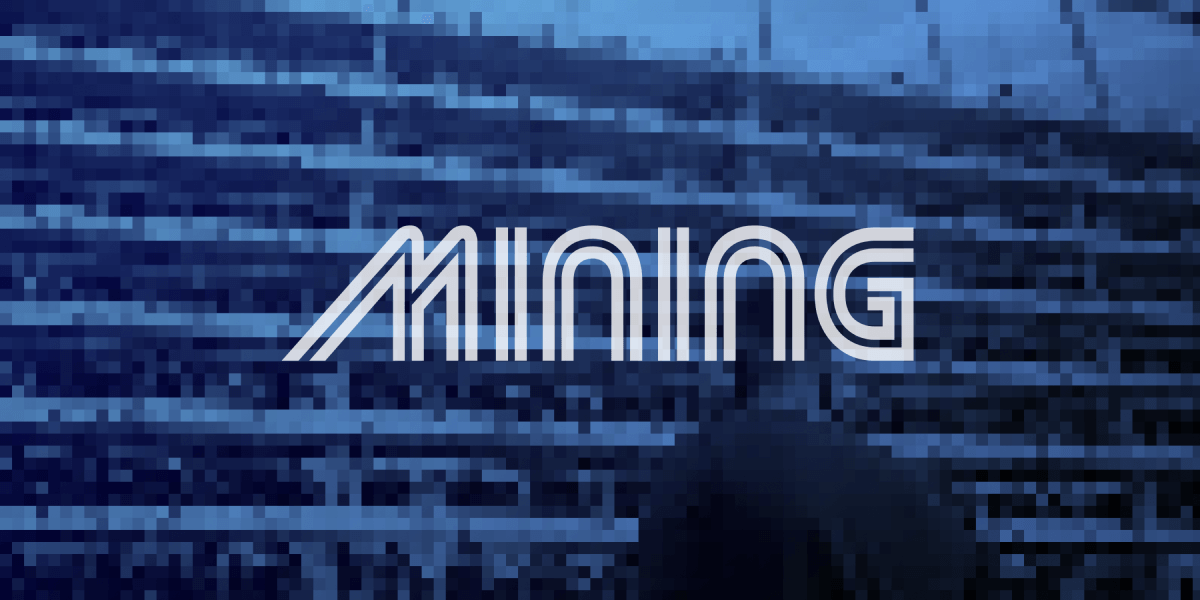 Decisions about transactions aren’t taken by one individual but are confirmed by multiple actors within the distributed network. There’s no inbuilt voting methods or a board meeting taking place; consensus is simply distributed amongst the network:

The governance process for the Bitcoin network (i.e adding new transactions to the ledger) is distributed and decentralized. It’s also open to anyone who wishes to participate, giving it low barriers to entry. For these reasons it’s pretty democratic and egalitarian too, although needing to own specialised equipment and have access to cheap electricity does exclude some people.

The system of verifying Bitcoin transactions is built upon this, and is verifiable by other users. But this is about as far as it goes. When it comes to changes to the network itself, there is no explicit governance system.

We need a little something extra for that to happen.

Bitcoin takes pride and place as being the world’s most well known and established cryptocurrency. It also holds a special place in my heart as one of the first decentralized digital currencies. Its mixture of mechanisms and systems that govern the network have been an inspiration for much of what was to come after.

Since it was launched onto the world, we’ve seen huge strides in the power and capability of cryptocurrencies, giving even more possibilities for establishing new governance systems.

The development of the smart contract is one such development that cannot be ignored in the history of blockchain governance. By allowing for the creation of programmable agreements without the need for human interference, blockchains can now have governance systems as complicated and detailed as any real life government (if they just so happen to wish!).

One key aspect for any decentralized cryptocurrency is the idea of on-chain governance. This simply means that changes to the system rules can be automatically completed on the blockchain. This is where we begin to depart from the robust but rudimentary system implemented in the Bitcoin network.

Let’s Take it to a Vote

While Bitcoin has its own decentralized system of governance, changes to rules in the network such as the implementation of *SegWit *actually come around in a fairly centralized manner.

Developers working on the code of the network simply come together, agree on a change, and then convince enough miners and nodes to switch. How does the average user like you or me get involved? Of course we could run our own node, or join in discussions with these developers, but it’s a lot of time, effort, and knowledge that we need to invest.

Like many governments in real life, do we leave these intrinsic changes to people who (supposedly) know what they’re doing? Or do we get involved ourselves and take a vote?

Both have their positive and negative aspects, but when it comes to decentralization, voting usually wins. Depending on who is allowed voting rights, people are can vote on whether they agree to changes or not.

Depending on the project, it may not be that everyone can vote, or that everyone gets an equal says. These things are of course debatable on the merits of each blockchain, but what is clear is that with on-chain voting see the whole process is a lot more transparent than in governance systems that came before.

Voting mechanisms can occur using on-chain methods which are built into the code of the blockchain. Tezos for example has its own self-amendment process for voting and agreeing on updates to the Tezos blockchain. Here, a separate chain for possible future updates exists whereby certain users are able to vote on what is to be implemented. 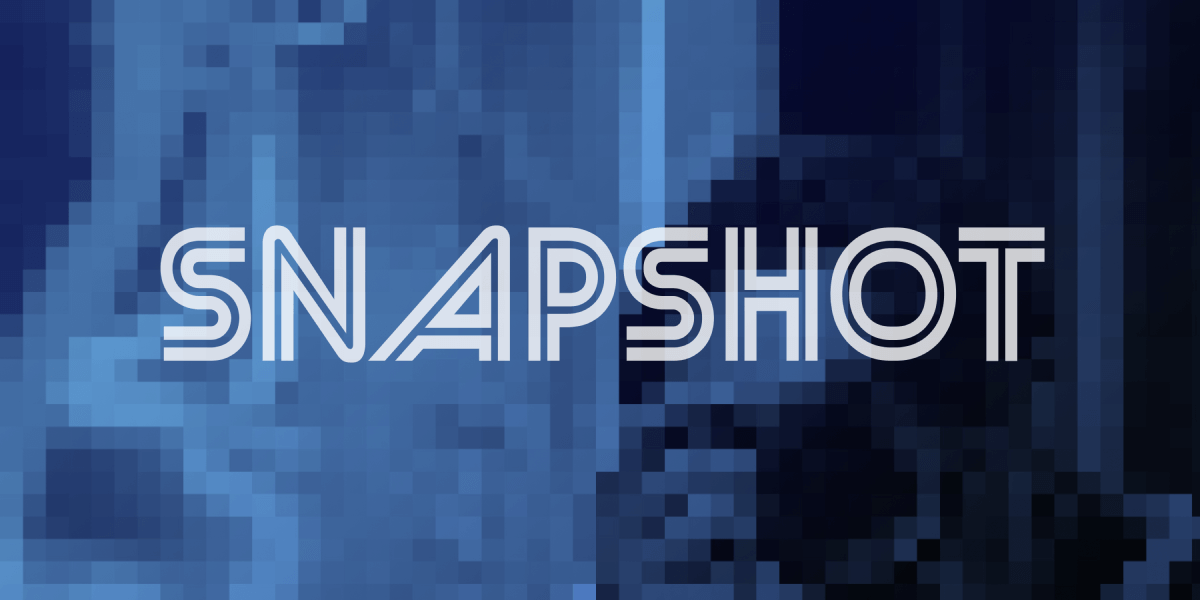 Off-chain voting mechanisms also exist, such as on the platform Snapshot developed by DeFiprime currently being used by Trust Wallet as well as projects like Yearn.Finance and Balancer.

With off-chain governance, the changes are not implemented automatically when a vote comes to its conclusion. Typically the core teams gather votes and then implement the changes in the proposal.

But hold on… we just spent some time discussing the benefits of having things transparent and on-chain. So what’s the catch here?

Coming to a Diplomatic Agreement

Having an on-chain voting system is nice.

Well in fact, it’s more than just nice. It really encapsulates the original ideas of blockchain that we all know and love. But creating fully on-chain systems can be costly and hard to implement in a way that doesn’t lead to abuse. They also require sophisticated tokenomics and voting structures. Building such a system into an already established blockchain is quite a feat to undertake.

Instead, off-chain governance mechanisms in tandem with on-chain voting. Off-chain decisions can be voted for on-chain, with the results of any vote being verified on the blockchain, to stop foul play, with the safety valve of off-chain developments after each vote.

Think of it as an on-chain vote on the validity of an off-chain outcome:

Putting the Trust in Trust Wallet

In order to give more power to the users of Trust Wallet, the team has been holding regular votes by using the governance method described above. It provides the right amount of on-chain protection with the efficiency and usability provided from off-chain governance.

In fact, if you’re holding TWT right now, you can take part too.

So far a handful of proposals have been added to the Snapshot platform. The first votes have also thrown up interesting points about the nature of governance and voting for the Trust Wallet community:

The second governance vote to take place was proposed by the community regarding a possible staking mechanism for TWT. 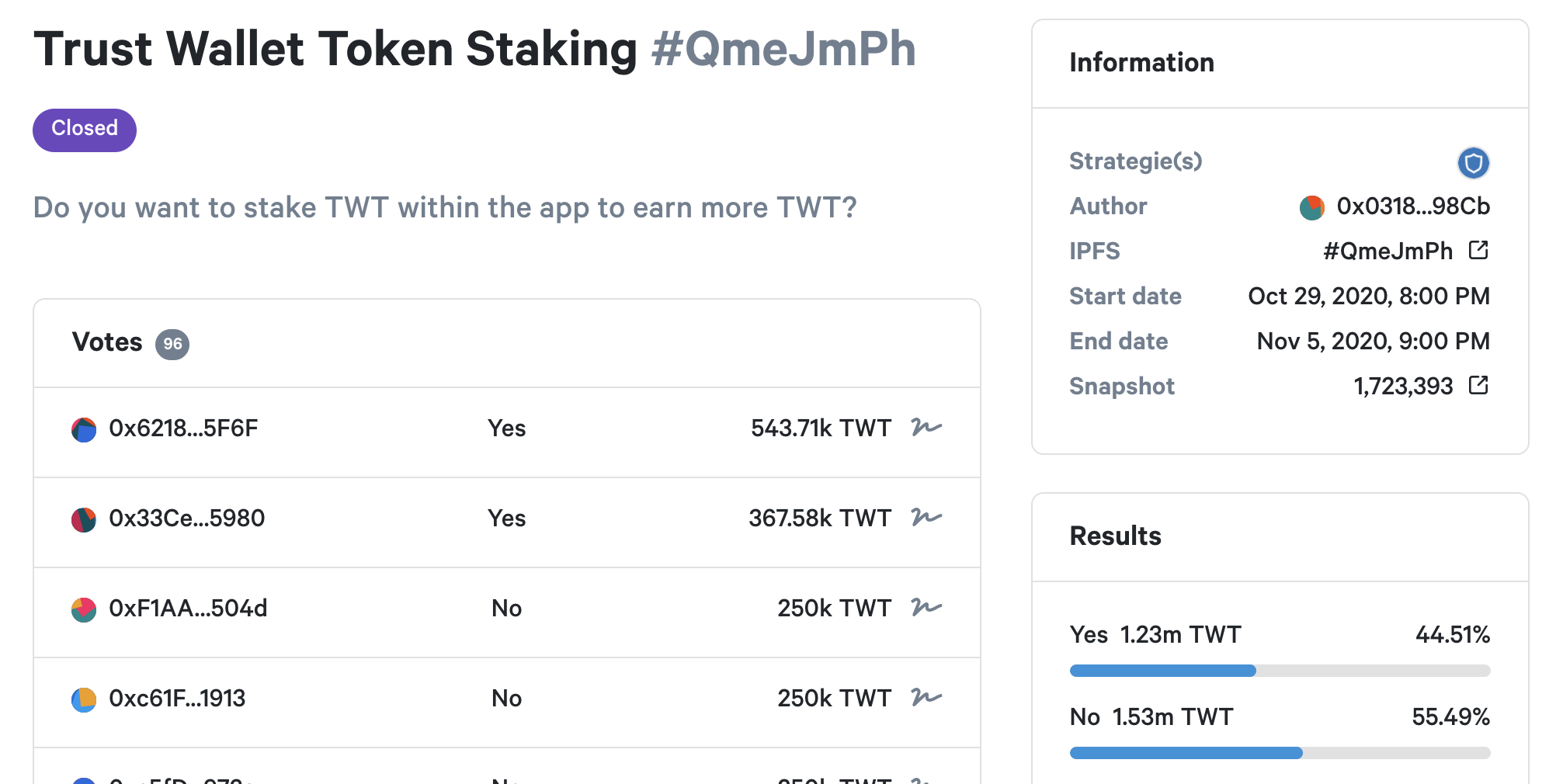 The third and recently completed vote from the PancakeSwap team provides a much more structured example of how to successfully set up a vote.

More than 1000 users participated, staking just over 10 million TWT (around $950k value at the time of the vote). It’s currently the largest vote to take place on Snapshot.

Like all other governance systems, certain criteria must be met in order to have a right to vote:

Indeed this proposal prompted a counter proposal to request that the team implement a template for voting, which as you will see below they have already done so. The template instructions can be found, here. 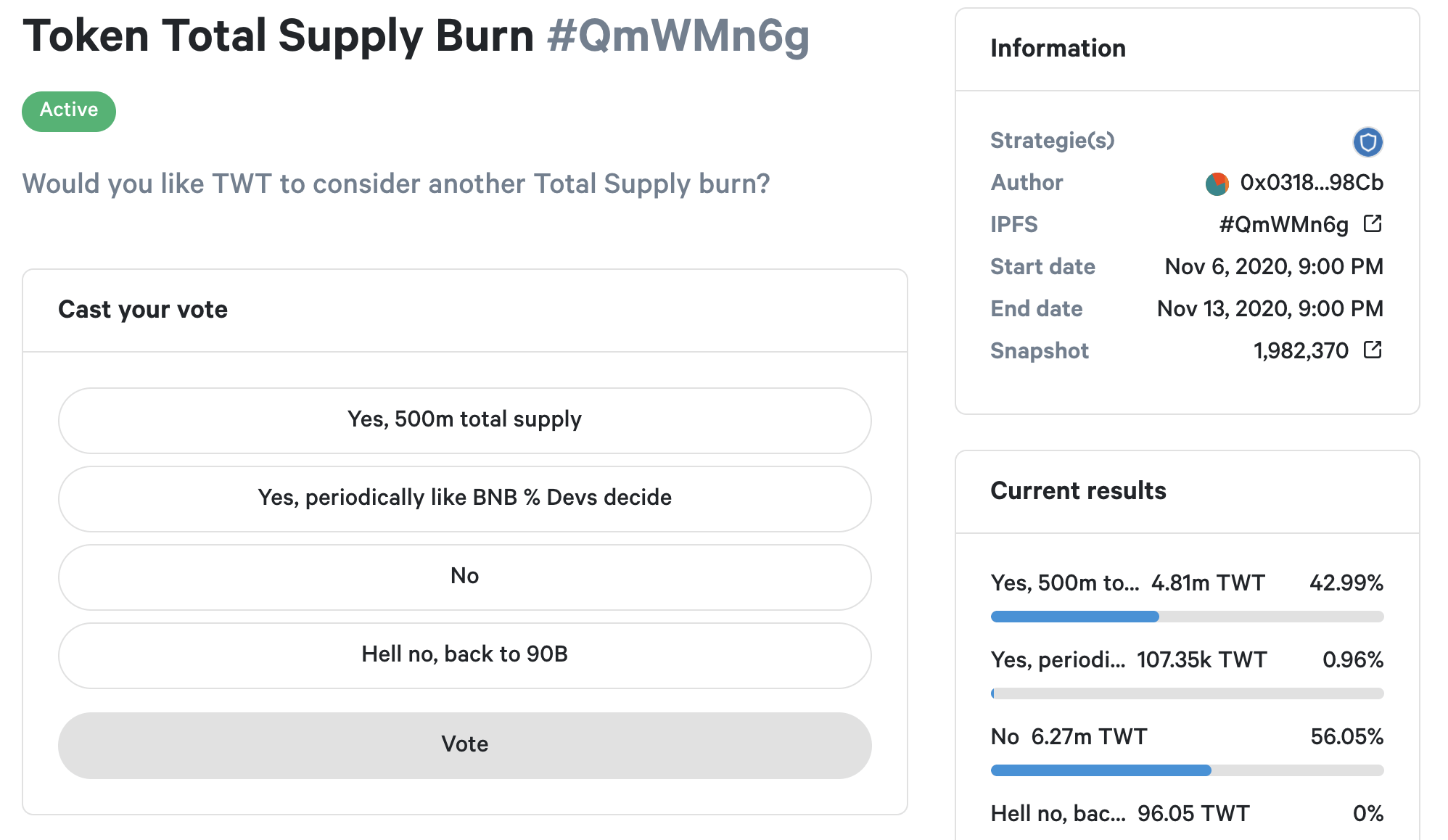 The fifth vote asks for a clear set of guidelines and rules for the structure of votes, again proposed by a community member. 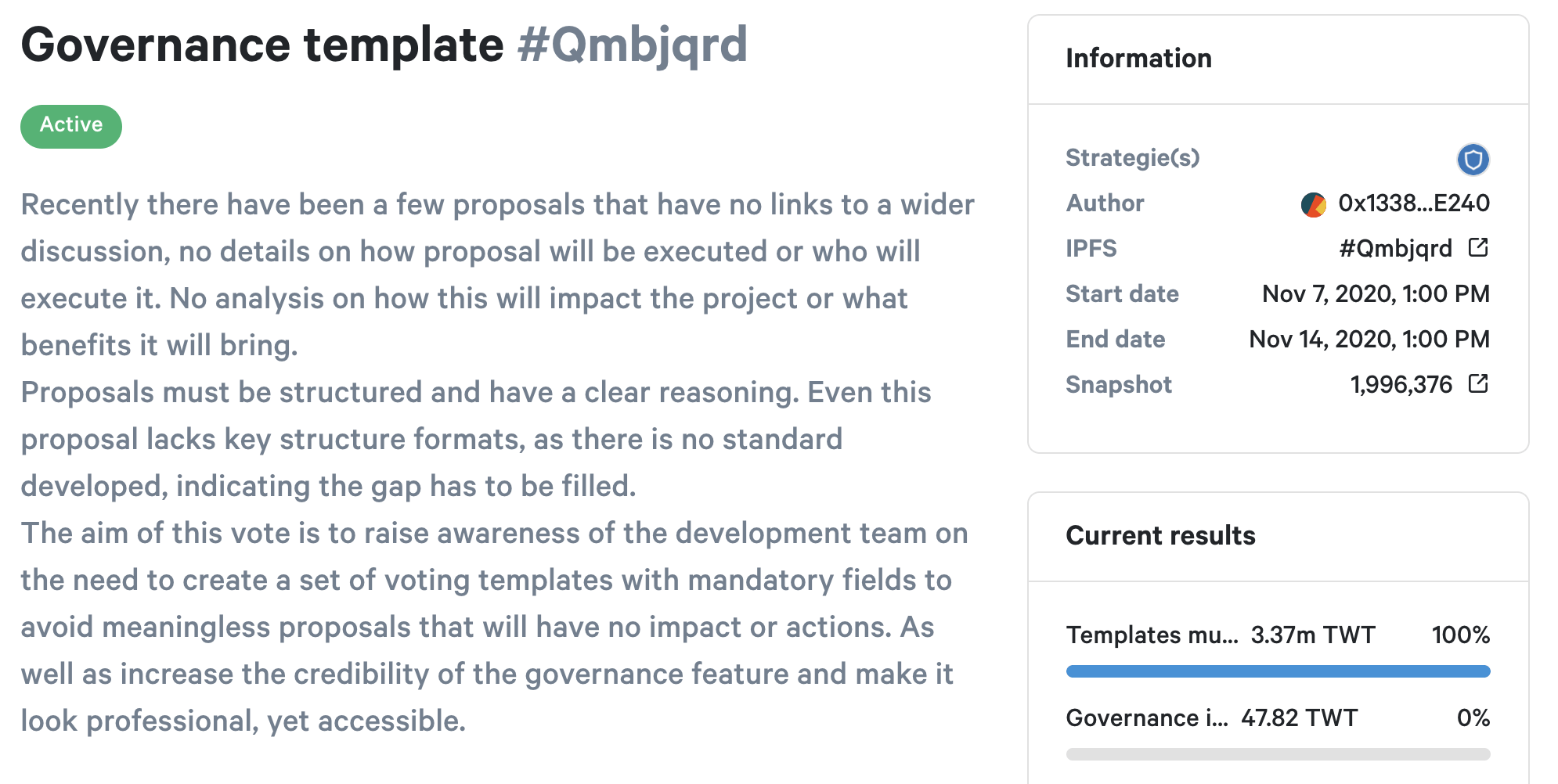 As you can see, the governance process for Trust Wallet has evolved organically with each vote. The team listens closely to proposals, community messages and social media posts. We are still early in the Trust Wallet journey and the decision making processes for TWT holders will continue to evolve.

A Transparent and Fair Future with Governance

Just like the history of political structures around the world, systems of governance tend to change organically and slowly towards a more optimum point. People can rarely think of everything from the beginning, but transparent mechanisms are crucial for effective and fair decision making.

No blockchain is perfect, even Bitcoin itself has gone through a number of structural changes to its code.

A good part of governance systems is simply finding a structured way to prepare for future changes. There’s a lot of freedom in the details. In the spirit of blockchain, Trust Wallet will continue to create efficient, fair and secure processes to empowering for users. Governance may sound a bit scary, but it doesn’t have to be.