How to Stake Ethereum Using Trust Wallet and Lido 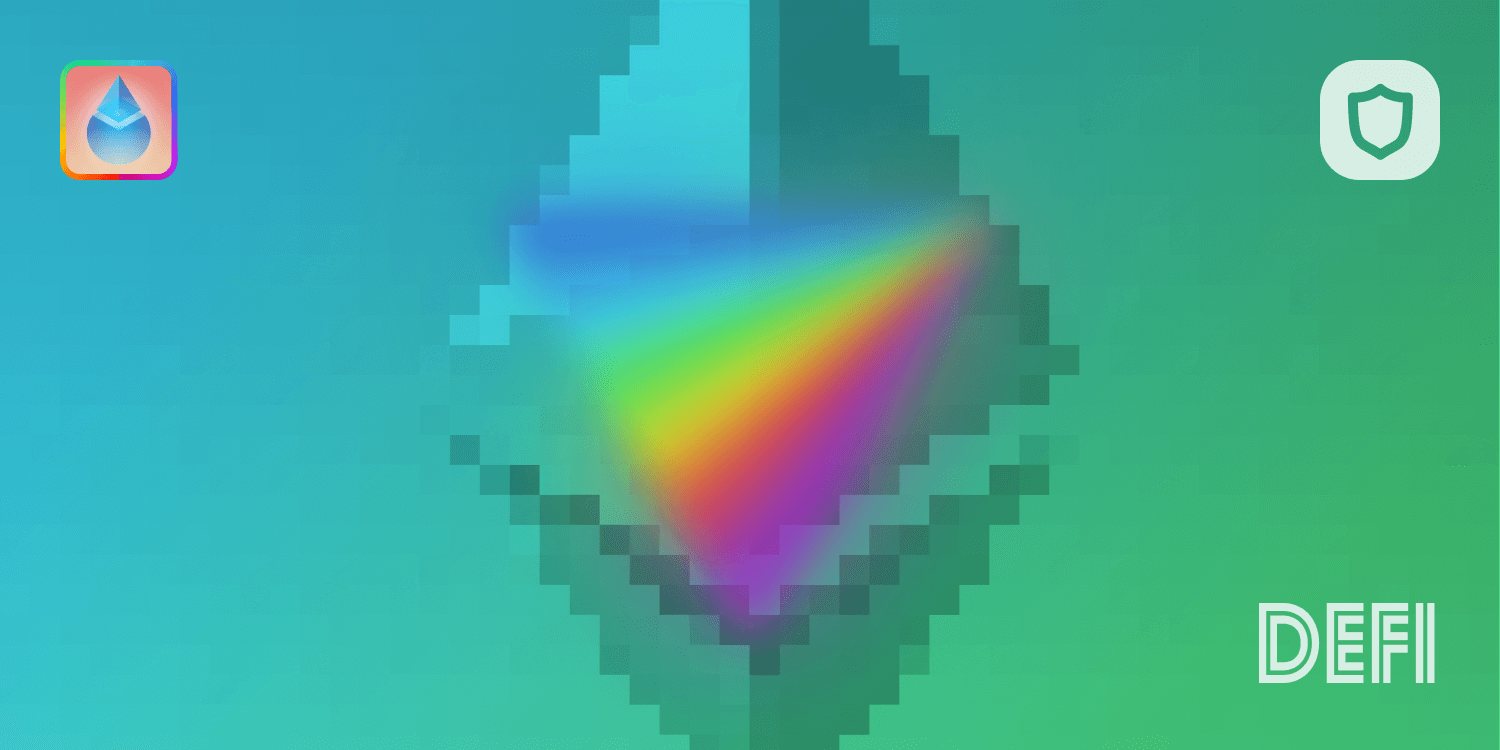 You can stake ETH directly in Trust Wallet thanks to the new DeFi protocol, Lido.

Ethereum with all its DeFi glory, released The Beacon Chain last December.

The largest DeFi network completed another step in transitioning from being a proof-of-work (PoW) network to a proof-of-stake (PoS) network with the new release.

As crucial as Ethereum is to the DeFi ecosystem, the anticipation of The Beacon Chain put DeFi enthusiasts in a dilemma. Enthusiasts had to decide between staking their ETH balances to help secure the new chain or continuing to use their ETH in their favorite DeFi strategies.

The former renders their ETH illiquid until transactions are enabled on the new chain, which could be up to three years from now. Although staking enough ETH for the new chain allows one to be a validator and amass the rewards of such a status, it also means the staked ETH will be unable to earn yields and rewards through the wider DeFi ecosystem. This is because staking locks an asset in-place rendering it illiquid.

That’s true for staking any asset and ETH is no exception. Until Lido.fi appeared on the scene. 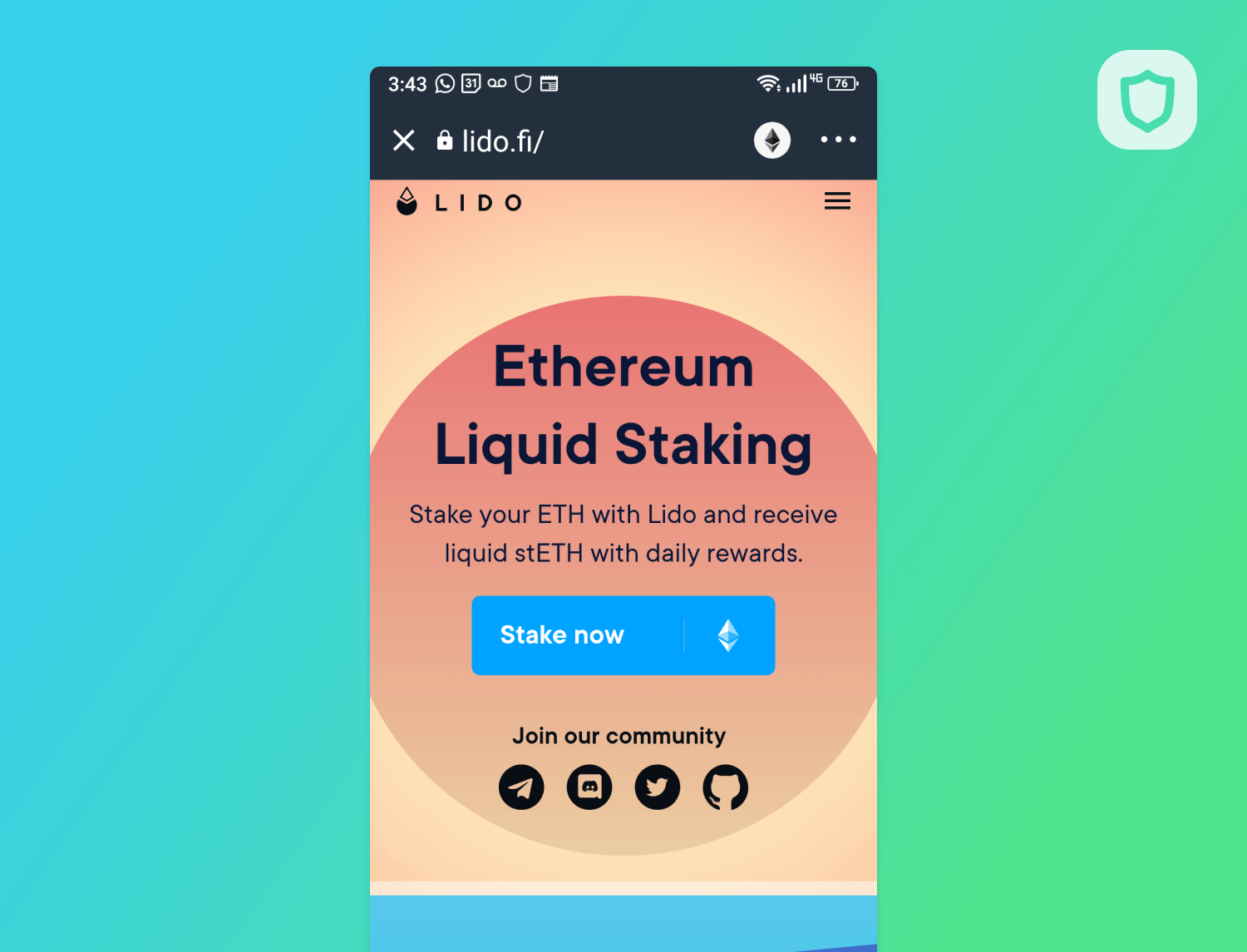 Lido aims to solve the ETH staking dilemma by maintaining the liquidity status of staked ETH through its protocol. Instead of staking directly on The Beacon Chain, users can stake through the Lido platform instead.

When users stake ETH through Lido, they receive the same amount of stETH in return.

stETH is liquid, can be used on other protocols, and maintains a peg to native ETH.

It doesn’t end there either.

Traders may stake any amount of ETH into the Lido platform, unlike staking directly on The Beacon Chain, which requires stakes to be whole number multiples of a whopping 32 ETH!

Thanks to Lido, small ETH holders no longer have to be excluded from the staking rewards of ETH 2.0. Moreover, as a user’s staked ETH gains rewards on ETH 2.0, meaning their ETH balance increases, Lido will update their stETH balance correspondingly once a day.

As great as that sounds, what can one actually do with stETH?

Ethereum Staking on Lido: The Risks

As amazing as the dual capability of staking and maintaining liquidity sounds, how safe is Lido.fi compared to staking directly on ETH 2.0?

Staking directly on ETH 2.0 is not absent of risks.

Staking means being a validator on eventually one of the eighteen shards that the new chain will have. Each of which is programmed in their own languages with their own respective developer teams. Due to the size of the network, software vulnerabilities are possible despite extensive testing.

Similarly, software risks are possible on the Lido.fi contract. However, for ease of mind, the contract has been audited by both Quantstamp and Sigmaprime.

So far, Lido has shown steady growth since its introduction last fall. 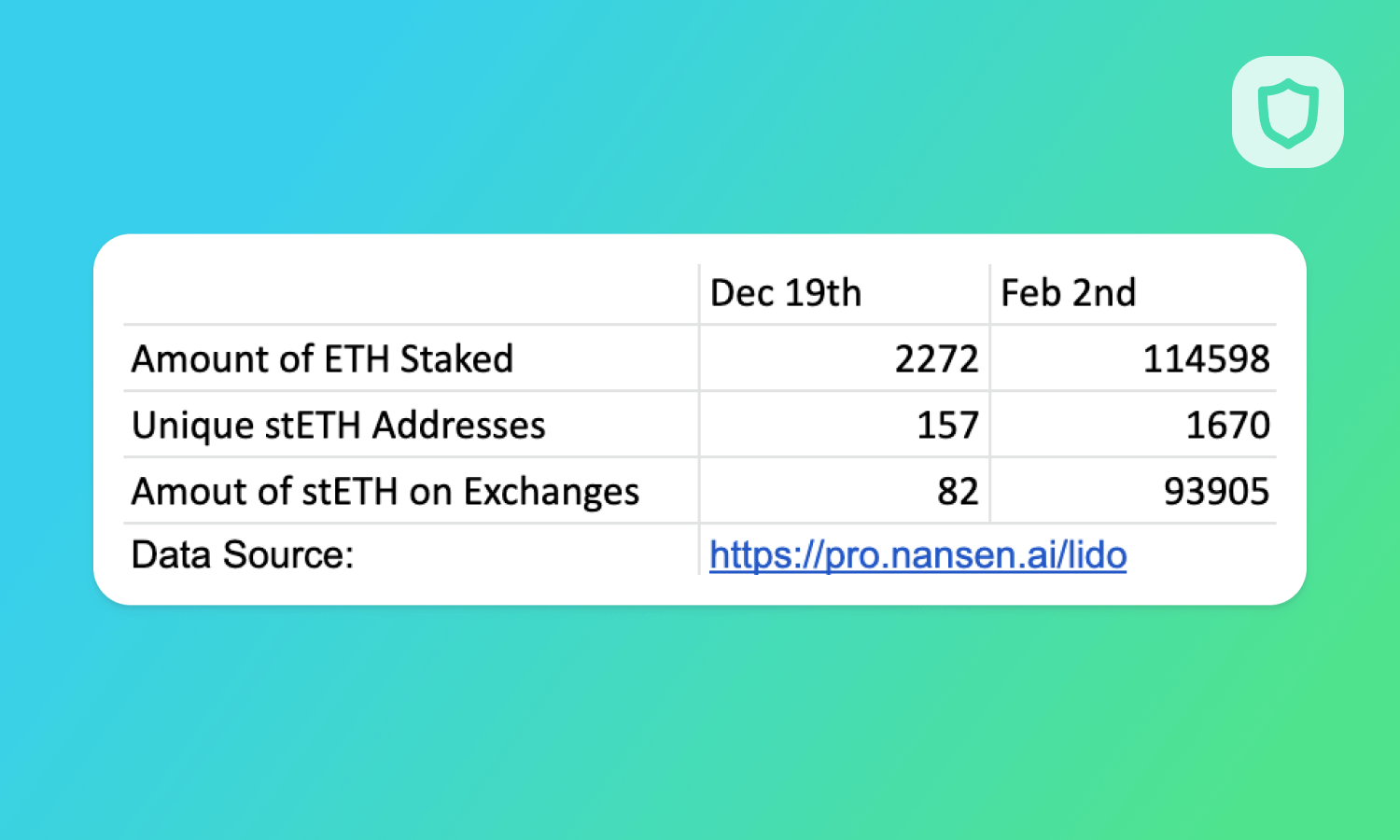 In December, the amount of ETH staked through the platform stayed below 20,000. However, as of late January, the number has increased to over 100,000.

From December to February, the number of unique addresses that hold stETH has gone from 620 to above 1600 as well.

The governance token of the platform, LDO, is worth almost $3 growing from about $1.50 in January.

This is a fast and promising level of growth and since Lido will eventually become a fully decentralized autonomous organization, the question arises of what will be done with its governance token. Aside from governance, LDO is also expected to garner DeFi use cases from the community, SushiSwap already lists an LDO-ETH pool on its platform.

All in all, considering the foundation that Ethereum provides for the DeFi community, and the growth of both ETH and DeFi as a whole, it can be expected that many users would find the opportunity to stake for ETH 2.0 while still being able to participate in DeFi quite enticing.

Especially since Lido allows stakes of any amount. This enticement is portrayed well in the growth of the Lido platform through the metrics of how much ETH is staked on it, the increasing value of its governance token LDO, as well as the increasing DeFi use cases for both stETH and LDO.

Thanks to Lido, wider DeFi opportunities are available to those seeking to stake for the new Ethereum network.