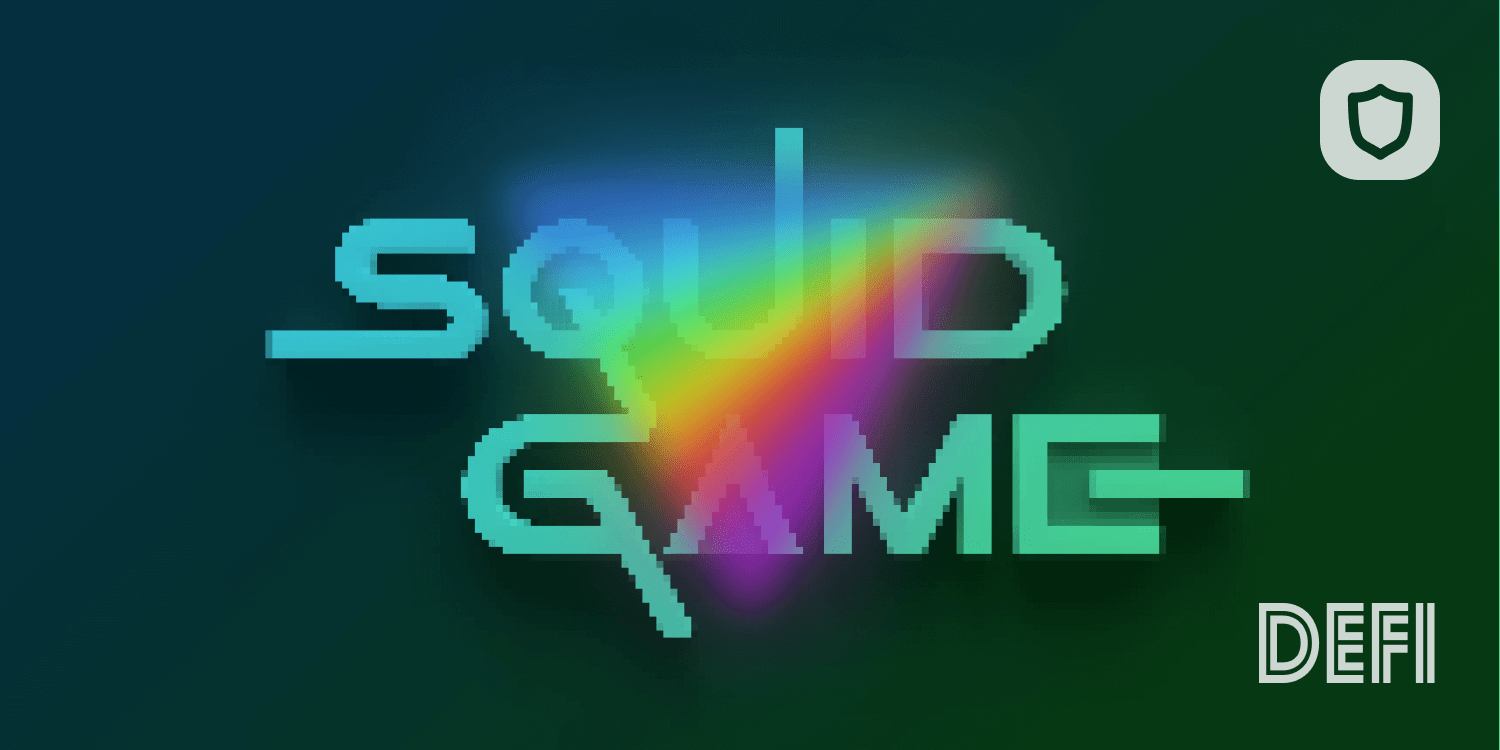 Like in the popular Netflix show, in the Squid Game Token scam, only one person won, and everyone else lost everything.

While many are still in awe of the popular Korean Netflix series, Squid Game, a cryptocurrency, SQUID, appeared out of nowhere. The SQUID token flaunted itself as a play-to-earn cryptocurrency.

In just a few days after its launch on October 20, the Squid Game token surged over 310,000 percent, according to CoinMarketCap. And since play-to-earn games like Axie Infinity and Decentraland have been rocking the crypto world recently, crypto traders were fast to pump money into the SQUID token.

According to the “developers” of the token, the game was due for launch this month, and winners could earn more tokens. However, this was just the beginning of yet another “rug pull” scam.

Leveraging the popularity of the Netflix show Squid Game, the scammers promoted SQUID on different social media channels and with the massive price increase, it made the headlines of top news sources.

At this point, numerous cryptocurrency experts pointed out the red flags in the project, but many ignored and hurriedly invested money without conducting proper research first.

According to Gizmodo, the scammers officially cashed out the liquidity of the project, running off with $3.38 million worth of crypto just a week and a few days after SQUID started trading on PancakeSwap. The rug pull sent the value of the token crashing by 99.9% from reported a high of $2,861, losing essentially all of its value. 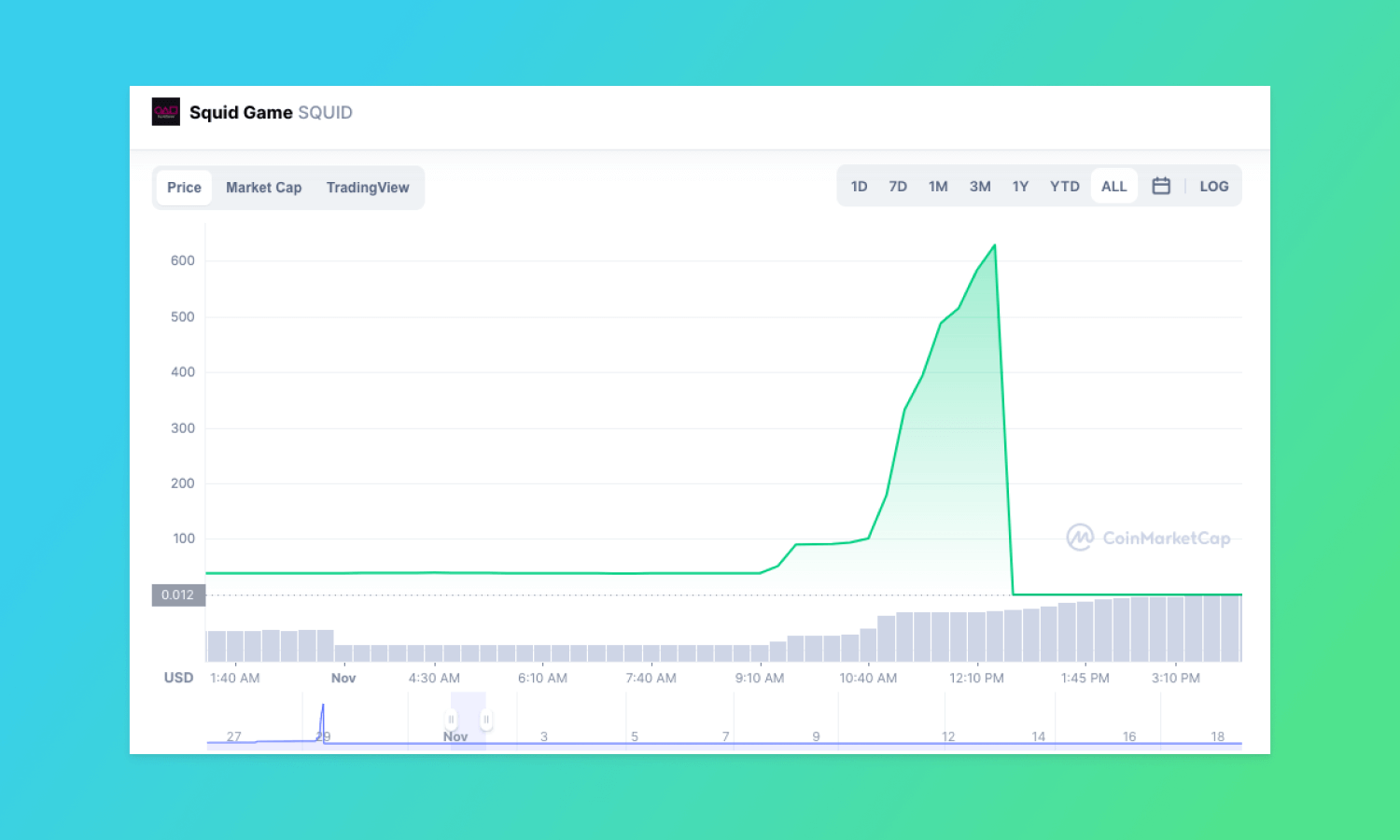 The scam started uncovering itself when Twitter flagged the official account of the Squid game token, GoGoSquidGame, which had over 70,000 followers and placed a restriction on it. While investors started showing concern, the website SquidGame.cash went offline along with all of the project’s social media accounts.

This was when it became clear that the people behind SQUID have pulled the rug on investors.

Although the project flaunted lots of promise on its whitepaper and website, there were clear warning signs. Arguably the most obvious red flag was the fact that investors were only able to buy the SQUID token but weren’t able to sell it on the same exchange. The only people who cashed out from Squid game token were the developers.

Additionally, their Telegram channel restricted comments from users after SQUID launched on PancakeSwap. And the Twitter account disabled replies from anyone. Before going offline, the scam’s website — Squidgame.cash — was also filled with spelling mistakes, grammatical errors, and a fake endorsement from Elon Musk. Despite all the red flags (and the lack of official endorsement from the show), hundred of crypto traders still bought the token in the hope of quick riches.

The scammers behind the Squid game token still haven’t been identified yet. However, Binance has started an investigation on the project, according to CoinDesk. 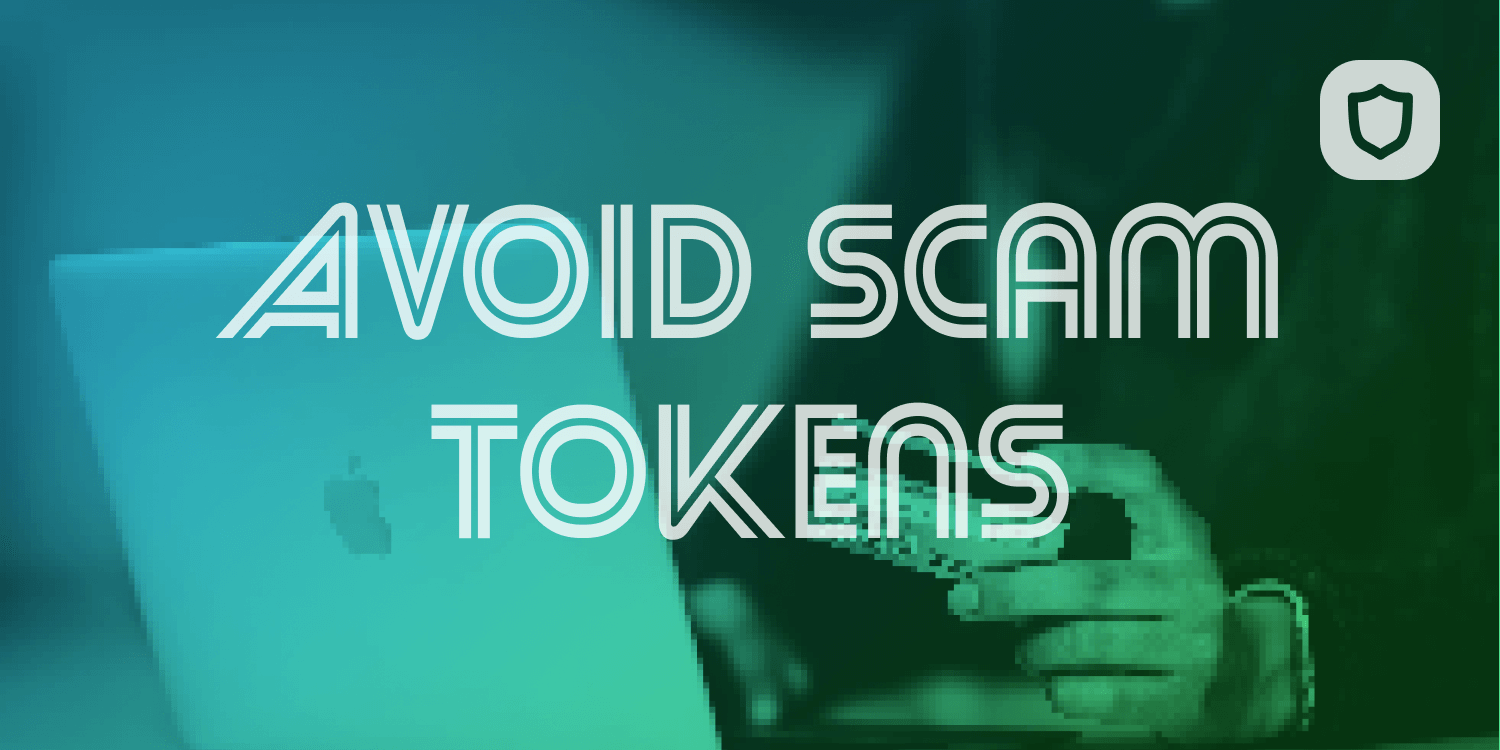 The silver lining of the Squid Game token scam and its media coverage is that crypto users are now more aware about potential scams in the crypto markets.

In the case of the Squid Game rug pull, there are a handful of important takeaways for crypto investors. Let’s look at them now.

There are 8,000+ cryptocurrencies with their different purposes and functions in the market. Therefore, it can be hard to choosecoin(s) to invest in.

Influencers will recommend coins they are holding, crypto news outlets mainly cover large-cap coins, and billionaires occasionally tweet about dog-themed coins. With all that going on, the crypto market can be quite overwhelming, especially when a hot new coin comes onto the scene. However, you are (most likely) better off avoiding those!

The crypto market is filled with hype coins that take only a few minutes to develop and often come with juicy names like Banana Coin, Island Coins, Mars Coin, etc. These tokens often generate hype on social media by hiring influencers and promising outrageous returns. Just like the Squid Game token, most of them are purely launched for the developers to make a quick buck at other people’s expense.

While some crypto investors have made money off hype coins, there’s no guarantee that you’ll be one of them.

Research Every Cryptocurrency You Plan to Buy

Every cryptocurrency purchase should be preceded by thorough research. Investing in a small, obscure cryptocurrency because it was recommended by a social media influencer or due to a recent high percentage increase often leads to losses.

Before investing in a cryptocurrency, conduct in-depth research about the project’s team, the token’s utility, the tokenomics, and the planned roadmap. Sometimes a project may have amazing utility, good tokenomics, a nice website, but shady technical features. The Squid Game token, for example, had an impressive whitepaper and clear roadmap, but its anti-dump mechanism was the killer that enabled the developers to be the only benefactors.

If your research in a cryptocurrency shows any suspicious activity, then it’s best to avoid it.

Remember: Anyone Can Upload Tokens on a DEX

Anyone can list a token on a decentralized exchange by pairing it with other reputable tokens to provide liquidity.

Scammers often employ this method for conducting rug pulls like in the Squid Game token scam since there’s no central authority carrying out a customer verification process, allowing anyone to load up tokens and trade them on the platform.

Just because a cryptocurrency is pumping or going viral doesn’t mean you should buy it. Do your own research first and then decide whether you want to buy in or not.