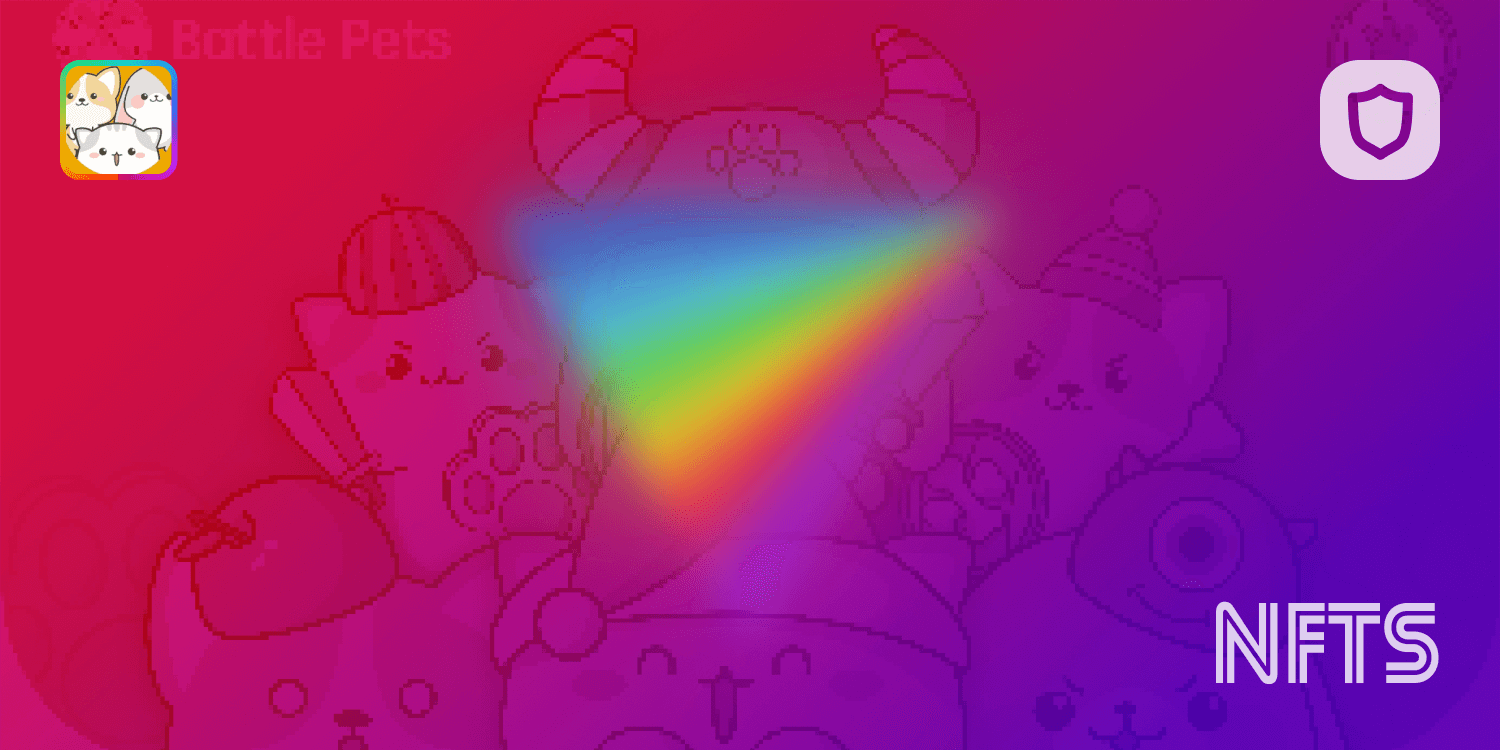 While 2020 was the year of DeFi, 2021 is poised to become the year of NFTs. Right on trend comes the launch of Binance Smart Chain’s first crypto collectibles game, Battle Pets.

In this guide, you will learn how to play Battle Pets and how you can earn crypto by taking part in the game.

What is Battle Pets?

Battle Pets is a new “GameFi” DApp on Binance Smart Chain that packages the concepts of DeFi into fun and easy-to-understand games playable by anyone.

Most would be familiar with CryptoKitties and the craze about breeding virtual kittens and trading them in the form of NFTs. Infamous for how much of the total Ethereum network CryptoKitties congested, the game was a strong indicator of the value of NFTs in the crypto world when it launched in 2017.

Inspired by the same concept, Battle Pets is the latest (and cutest) addition to the “GameFi” industry.

Hosted on the Binance Smart Chain, the game benefits from significantly lower transaction fees and processing time than its inspiration on the Ethereum network. It also incorporates the NFT model but adds financial mechanisms CryptoKitties lacked.

Battle Pets involves purchasing a pet egg that a player can then hatch into either a bunny, puppy, or kitty.

These pets have attributes, with the most important being Battle Power, which increases the chances of a battle being won by the pet. That’s right! Your pets can battle other pets!

Equip your pet with weapons and equipment and off you go! Winning battles in-game involves collecting rewards similar to how yield farming generates revenue in the DeFi market.

First, let’s take a look at how players can buy a pet egg to begin their journey of pet domination. There are two ways you can get started:

Once you have a pet, let’s consider the multiple ways to profit from your adorable pet adventures.

So far, there are two available game modes, Tournament and Siege. 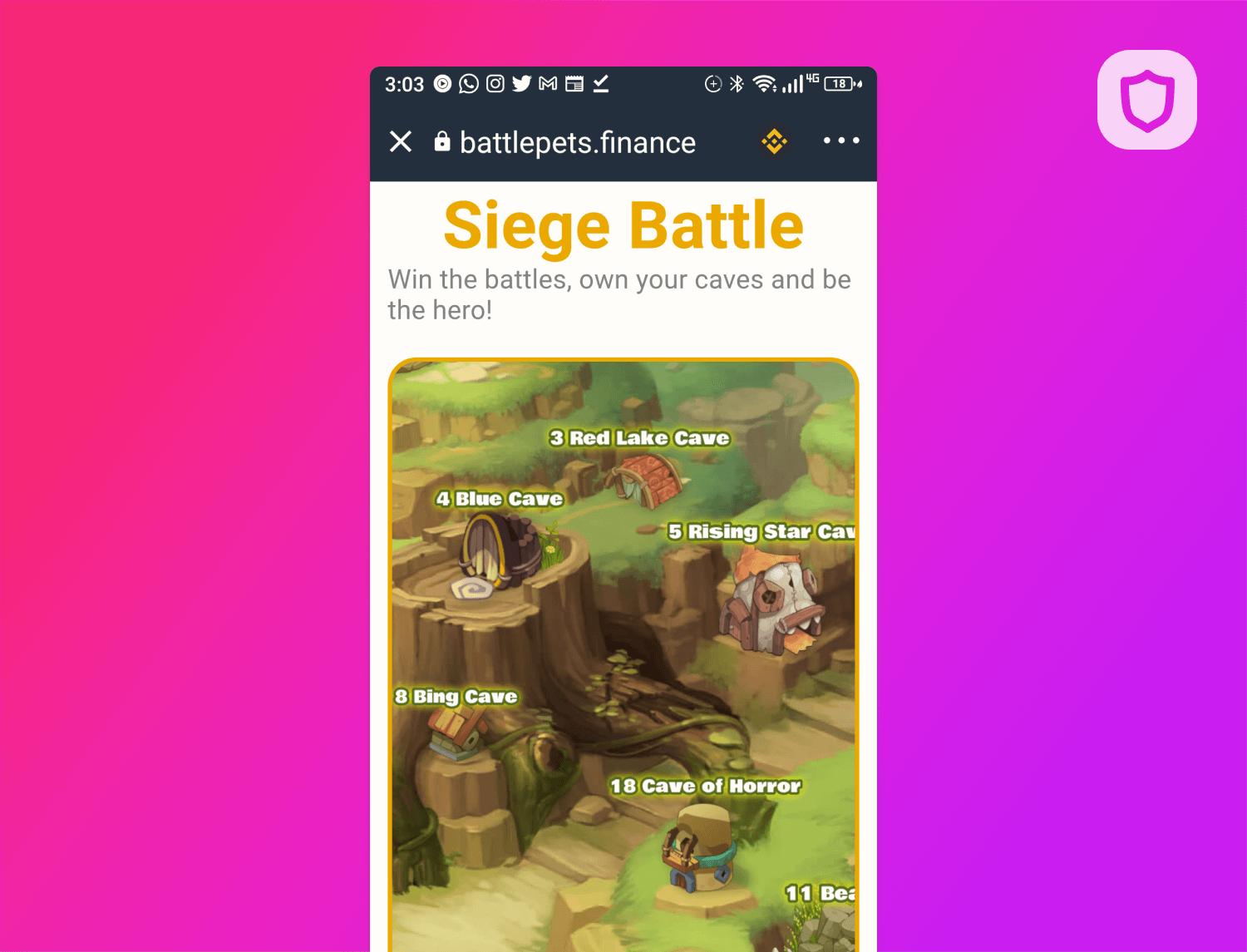 Tournament involves a ranking system of the top 50 pets. A player may challenge a top 50 ranked pet to repossesses their rank. Winning means the player’s pet now occupies the rank with all the corresponding bragging-rights, and the financial reward is the ability to farm a Battle Pets token, $FRUIT, through staking their pet in the rank. Occupying a higher rank means having a higher $FRUIT farming rate.

In Siege, a player can challenge one of twenty entities called ‘cave guards’ each guarding one of the twenty caves that exist in the game. Beating a cave guard means a player may stake their pet in the cave. This will allow them to farm $FRUIT as well. (More on $FRUIT below!)

For those familiar with yield farming and liquidity pools, it’s clear to see how Battle Pets can gamify the same financial concepts of staking and farming.

It seems it will always cost only 500 $PET to purchase an egg. However, the price of $PET fluctuates with the current price resting at just under $0.05.

$PET and BAKE are unique among the buying options because you can abandon pets in-game, which would allow you to collect 90% of the $PET or BAKE you used to buy the pet in the first place. This means that if $PET appreciates due to the increasing popularity of the game, enough to make up for the 10% loss, then you could easily make a profit from simply abandoning their pet, this should not prove difficult.

Rather than abandoning the adorable creatures, to make a pet more potentially valuable for sale, you can level up a pet and increase its battle power by winning through the game modes. This would make a pet worth more $PET or BAKE tokens than the amount it was bought for regardless of whether it’s abandoned or sold.

It helps that $FRUIT is tradable on BakerySwap, giving it the external value apart from the game.

The game possesses an interesting concept regarding forging weapons. $PET, $BAKE, or $WEAPON may be used to forge weapons. If a player chooses to melt their weapon, they will receive 90% of the $PET or $BAKE that was initially used to forge the weapon. Similar to abandoning a pet.

Alternatively, if $WEAPON was used to forge the weapon, then 90% of the $WEAPON would be burned while 10% would be consumed in the casting of the weapon, leaving no tokens to be retrieved when melting the weapon. This mechanism is probably in place because $WEAPON is considerably easier to obtain than the other two requiring only staking of a weapon NFT. So, it is up to the player and their strategy to switch between either method of weapon forging for their profit.

GameFi-ers will be excited to hear that there are also liquidity pools listed on BakerySwap for accumulating rewards with Battle Pets tokens.

The pools that have listed Battle Pets assets so far have gone both ways: either you deposit your $PET, $FRUIT, or $WEAPON and earn other rewards such as BAKE, or deposit external assets and earn either of the three Battle Pets coins.

There have also been pools that don’t reward with a token but rather NFTs, such as Battle Pets weapons. 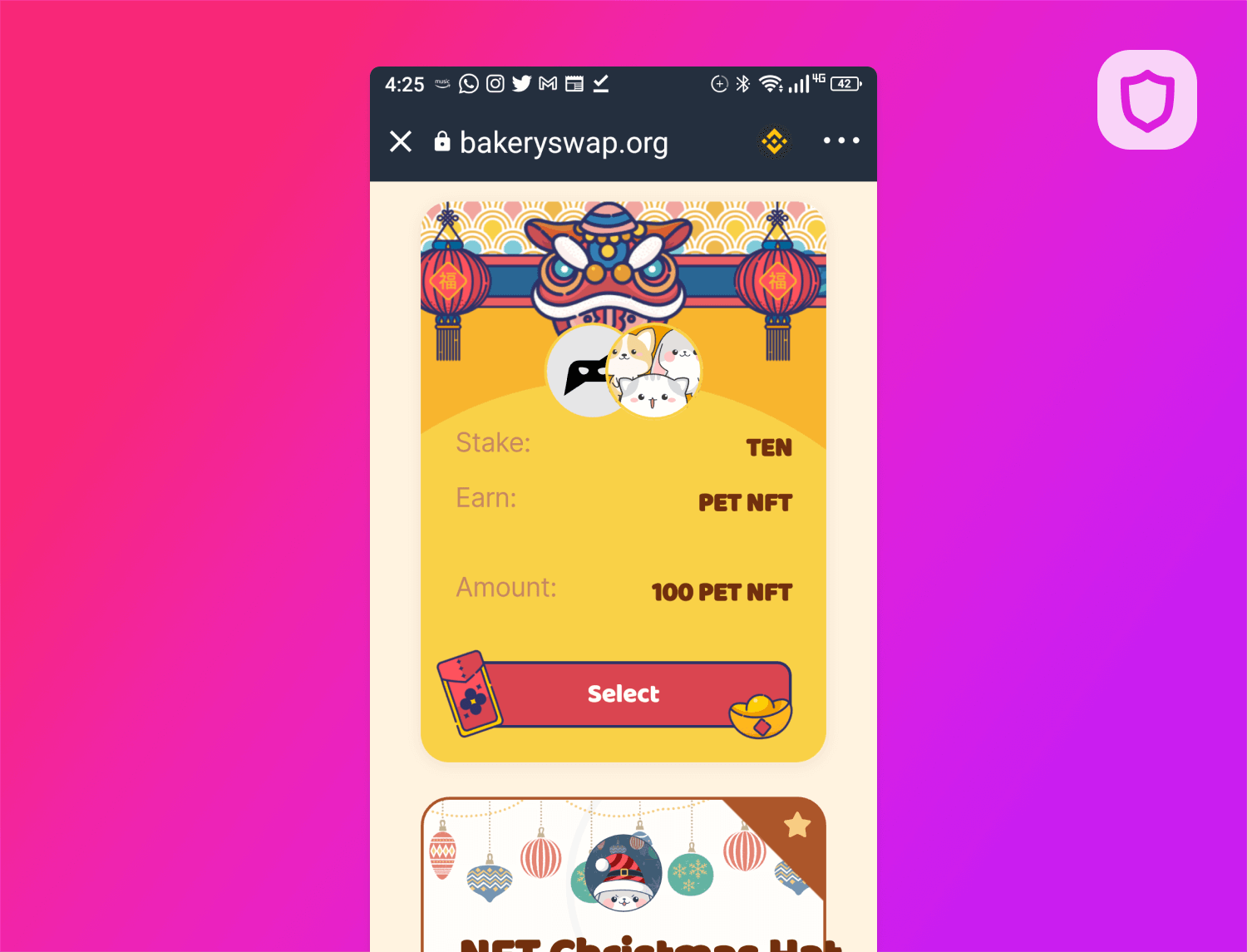 Other than in liquidity farming pools, Battle Pets is also featured on the BakerySwap NFT market. There, you can sell your pet or weapon NFTs to other players.

The returns from this avenue depend entirely on how much value the NFTs have accumulated from the player’s in-game efforts and also the popularity of the Battle Pets platform.

Unlike CryptoKitties, which focuses mainly on NFT trading, Battle Pets can be thought of as a pet-themed game to acquire assets for crypto trading, yield farming, and selling NFTs.

As Battle Pets is hosted on Binance Smart Chain, transaction fees are significantly lower while confirmation speeds are substantially higher compared to Ethereum. A huge advantage for an actively growing market.

To enter the world of NFTs and blockchain gaming, download Trust Wallet and open the DApp Browser to get started.